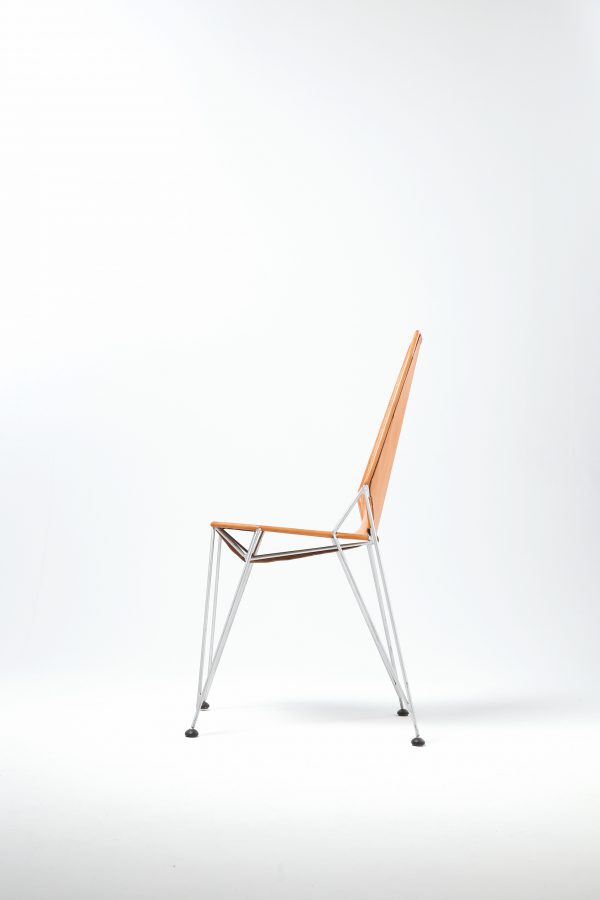 CH#01 aims to be simplistic and minimalistic as can be. The chair is, next to a search for minimal and responsible use of materials, a search for timelessness. The chair is made of an aluminium skeleton stretched over with uncoloured saddle leather. Partly modern in its materiality and design, but traditional in its pure material use and the techniques used to attach the skin to the skeleton. A manual process which runs counter to the shape of the modern frame. The use of aluminium means that the chair has the same strength as steel but weighs a fraction of a steel version. In addition to this, aluminium generally is partly made from recycled aluminium and has lower emissions to be created or recycled.

CH#01 is not only physically light by its use of materials but also visually by its open structure. In its detailing it uses old techniques and materials that are known from making horse saddles. The location of my studio offered me the inspiration for this use of materials. The veehal where you can find my studio is located on a street where once there was a weekly cattle market. This cattle market, together with the markets of Den Bosch, Leeuwarden and Utrecht, belonged to the largest of the Netherlands. In 2001 there was an unexpected and sudden stop to the cattle market, due to government measures. It was the end of at least 7 centuries of cattle trade in Zwolle. CH#01 is not only a tribute to the ancient craft but also a to the centuries old history of Zwolle. 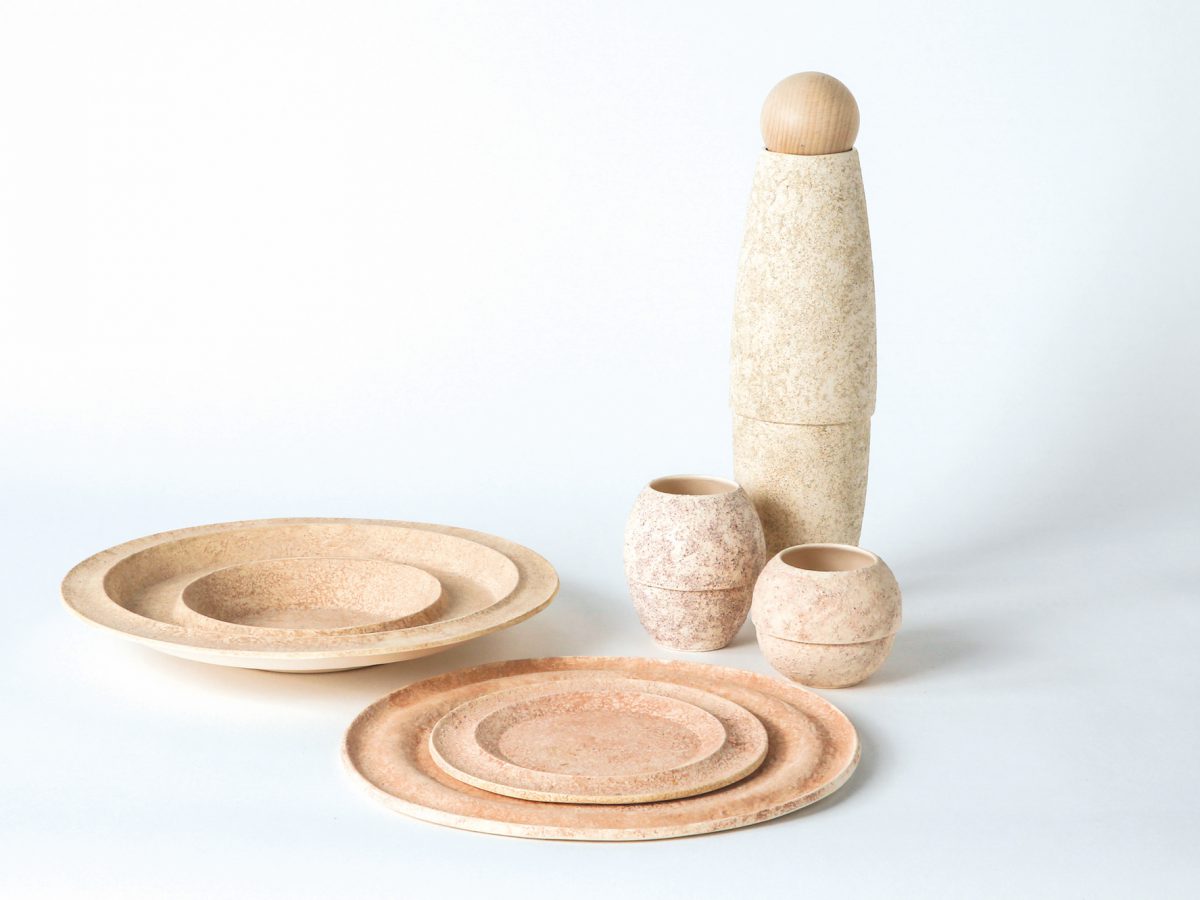 T#01/M2-table spawned from the location of my studio. The oldest veehal in the area where I am located has a beautiful wooden structure on its inside. It is a combination of various simple techniques to build with wood. Dutch and Japanese wood connections inspired me to set a mission for myself. Design a table without glue, screws or other additives. In Japan and the Netherlands people managed this centuries ago with houses. A table should definitely be possible. I wanted to set another goal, besides the process of making. The length…. What would be the ultimate limit without the use of glue, nails, screws or other additives? In times where many large tables are made, I found that this table had to be larger.  7 meters is the ultimate goal.

T#01 was a search for the maximum capacity of artisanal skills. An ode to Dutch and Japanese craftsmanship. A search for timelessness, a design that inspires for a long time of usage over several generations. T#01 holds itself together, without glue, screws or other additives. T#01 can grow/shrink per m2. This means that this can be your first table in a dorm room and that it can grow to five metres long family table where you, in the years to come, sit down with children and grandchildren. A table for life.